I’ve been working on this project for a few weeks (lack of time).  Basically, I bought a huge 120A/hr battery to go camping with and to use for other things, such as portable amateur radio work.

Well, that’s all well and good, but how do I connect things to it?  I wanted some easy way to connect multiple things to the battery without having to have a number of wires getting attached to the battery.

So, not wanting to spend ARM+LEG and either our first or second born to buy something already made, and it wouldn’t include the cig plugs either. 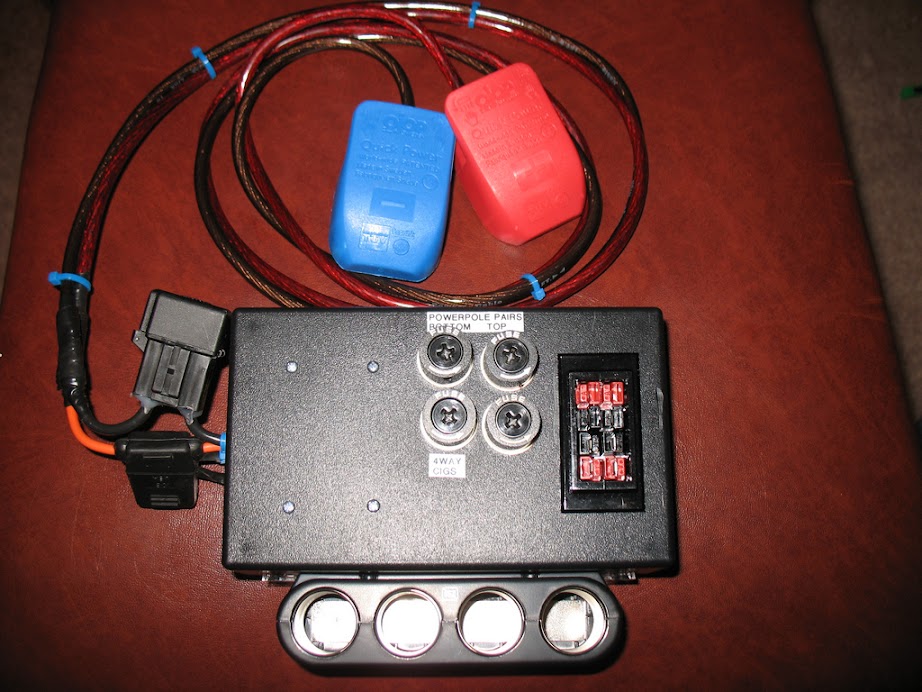 Read on if you’d like to see the other pics .. or, you can just go and look at them in my Google Gallery< == Click there

Ok, well looking at the picture above what you have is: 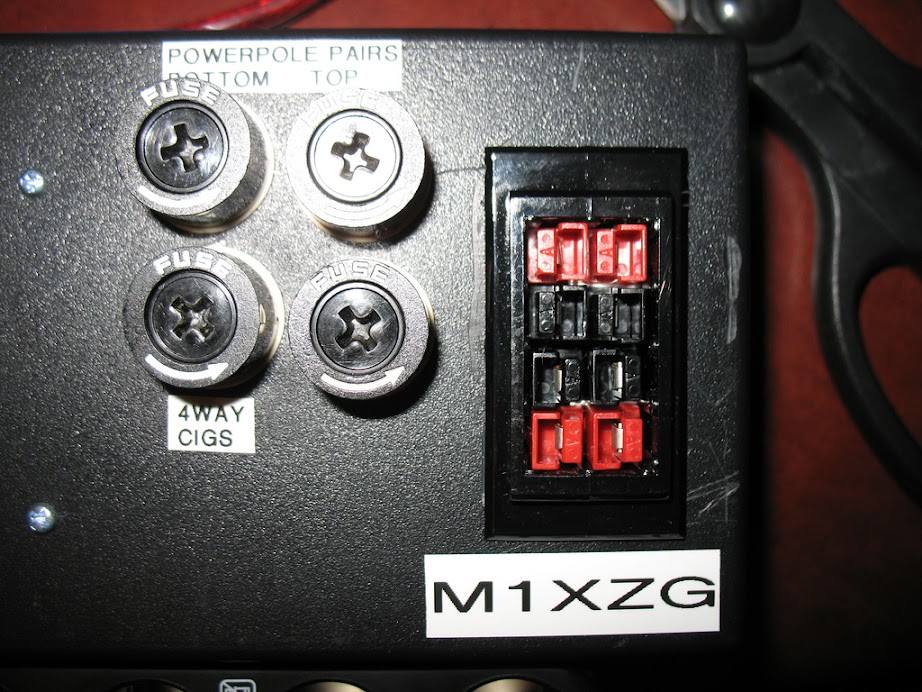 These are the fuses holders up close and the Anderson Powerpole block.  This block is arranged in 2 groups of 4’s.  The reason for this is so that the 2 groups back wards from each other.  This means that there can be no mistakes in plugging into them the wrong way.  Each group of 4 makes a single circuit and fused by a 20A fuse.  There is the top group and the bottom group, also marked on the fuses.  The Powerpoles used are all rated at 45AMPs each.  It’s over kill but by risk it. 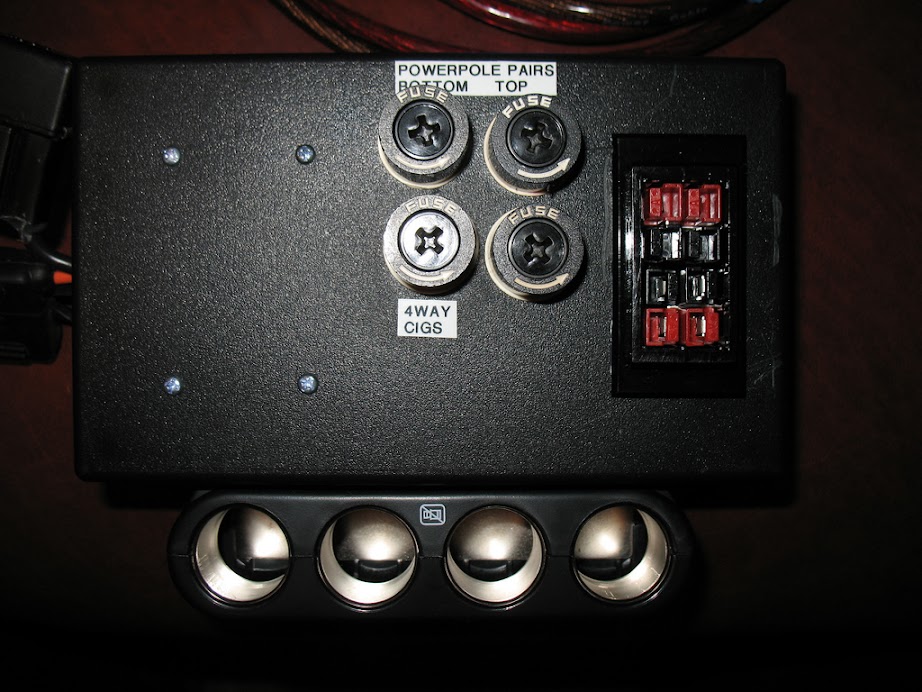 The 4 way cigarette plugs are connected through a 15 amp fuse, also marked on the front. 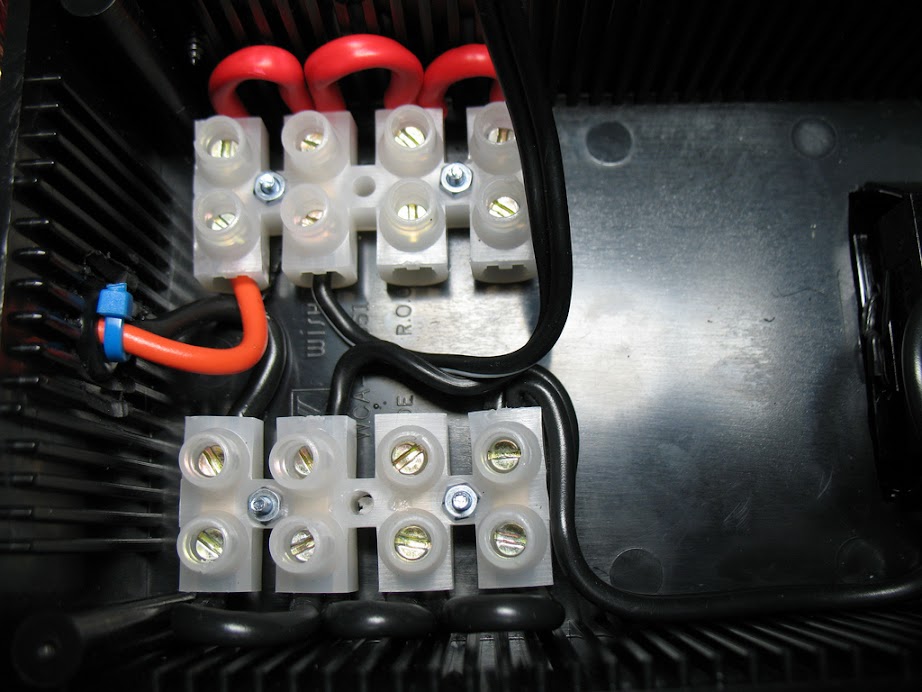 Looking inside the box.  On the left side top and bottom are the 30AMP bus blocks I’ve used to distribute the incoming power feed (both the negative and positive are fused with 40AMP fuses). 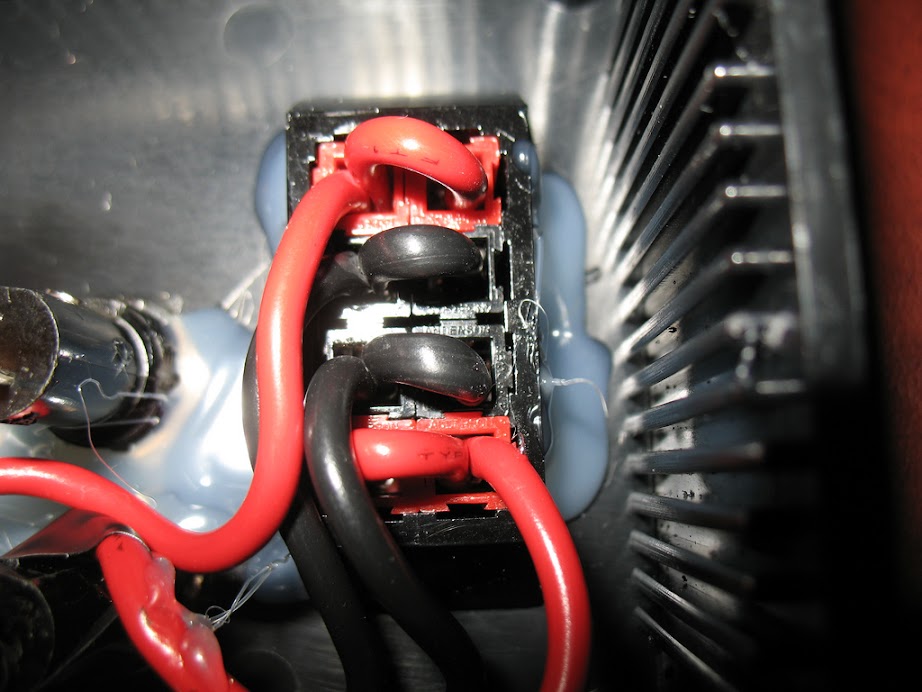 This is a close up of the Powerpole blocks.  You can see how each pair are ganged together.  It wasn’t too hard, but where the double wires were attached to I had to shave off some of the insulation on both wires to allow them to get closer together and prevent too much strain.  Each and every connector was first crimped then soldered to ensure both a good connection and also security of the connections. 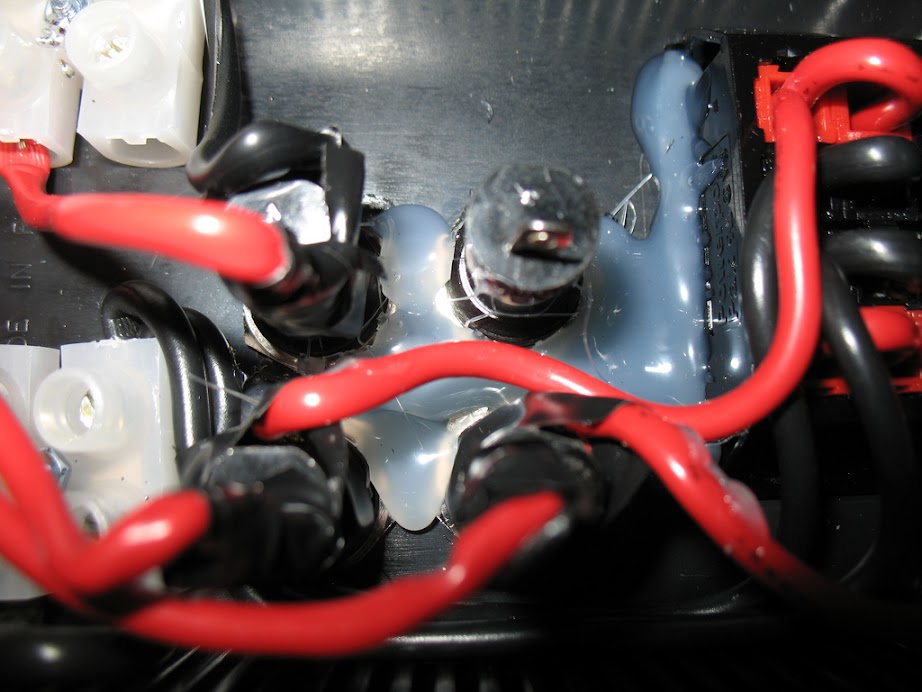 Close up of the fuse connections isn’t very exciting.  Each connection here is also soldered and then taped to ensure the “hot” connections aren’t open to something falling in or on them. 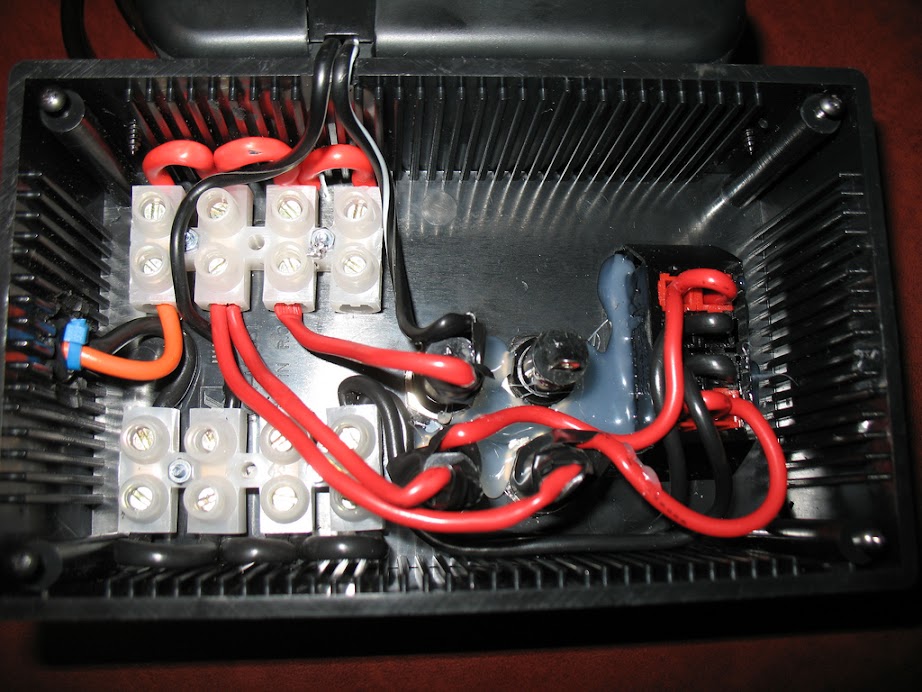 Each and every wire going into or connecting the bus blocks has been soldered to ensure the wires won’t break or wear with movement.  it also means the screws holding them in will have a more secure fit

Just another shot of the front again